From fake blood to real convenience, let Sarah Downer teach you some Mac Hacks to make the most of your Halloween.
We might not be able to invent life-saving contraptions on the fly like MacGyver (Lucas Till), but we can hack Halloween!

Sarah Downer, MacGyver's Costume Designer, is responsible for turning some of the show's biggest challenges into a practical reality. She gave us the inside scoop on how to hack Halloween just like Mac and the Phoenix Foundation in the episode "Skull + Electromagnet." Now you'll know some Hollywood secrets that you can use for your own costume!

STREAM: The 2017 Halloween Episode Of MacGyver, "Skull + Electromagnet," On CBS All Access

What's the best substance to use for fake blood?

When making some great fake blood from home, the best trick is mixing some clear dishwashing liquid and red food coloring. The food coloring gives the color, and you can always add some purple if you want a darker shade of red. The dishwashing liquid (make sure it's clear!) helps make sure it will wash out if you don't want the garment permanently bloody looking! If you're looking for a safer alternative for kids costumes, try some strawberry syrup with a drop of red and a drop of purple food coloring.

Next tip: If having any trouble removing fake blood, try putting some shaving cream on it! 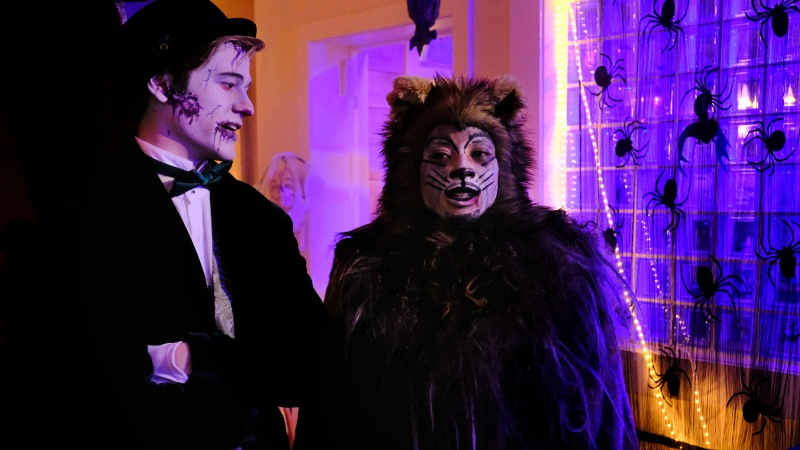 Any tricks to keep wardrobe from falling off?

We always recommend making sure any piece you anticipate being problematic should be attached to the whole costume and as sturdy as possible. As an example, for Bozer's "Zombie cowardly lion" costume, we built an elaborate multi-layer lion's mane. Because of the six layers of different hair we wove together (and then mangled!), the mane became a little larger than life, so, we decided to connect it to the collar of a t-shirt. Having the mane attached to a t-shirt gave us room to manipulate and tease for the desired level of "Zombie-fication" AND made it easy for Justin Hires to quickly remove if he was ready to take off the costume! We then put the lion suit on over the t-shirt and had the mane sit on top of the neckline. The final result was purrfect. ;)

Any good techniques to make heavy or bulky wardrobe/props lighter or easy to wear?

The best way to make heavy costumes easier to wear is by distributing the costume's weight equally with the help of straps or snaps which creates stability. Aside from stability, the straps and/or snaps also make sure everything stays in place but is also super easy to remove once you're ready to get out of your costume.

WATCH: Full Episodes Of MacGyver On CBS All Access

What's a good way to make costumes easier to walk around in and be functional?

The best way to make a costume easier to wear is to think in terms of comfort! Comfort always start with a good fit! If the costume is too tight or too oversized, chances are you won't have any fun. Next, think about making the costume as light as possible which means thinking outside the box in terms of materials you're working with. As an example, for Jack Dalton's "Zombie tin man" costume, we created what appeared to be a heavy tin suit out of a super light weight foam! The foam, once painted and airbrushed, gave the appearance of rusted tin, but allowed George Eads the ability to easily walk about and work. 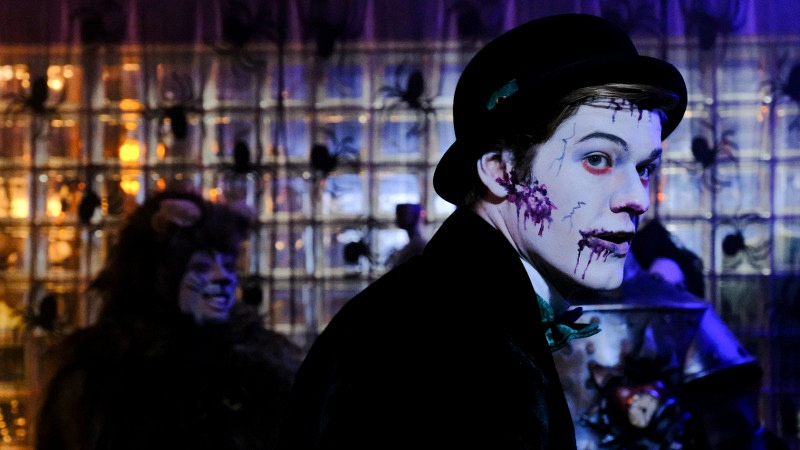 Anything can magically transform with the help of some aging. We always start our aging process by washing down our costumes a few times to give a natural well worn appearance. To take your costume to the next level, use some sand paper to give some rips and tears and add dirt to give a gritty layer. Once your costume is "aged", then, BRING ON the sweat stains (glycerine mixed with water) and blood! Instant creep factor achieved!

Any subtle things you can do to make it look like you tried—but aren't actually that hard?

My recommendation is to get creative and never underestimate the items you already have at your disposal in your closet and house! You'd be surprised the options you can 'MacGyver' together and before you know it, you'll have something fun and unique!

As a costume designer, are there common household items you can't live without?

I can't imagine life without safety pins, a good pair of scissors, permanent markers, and a trusted iron. Somedays, I feel like I can conquer the world with just these in my kit. 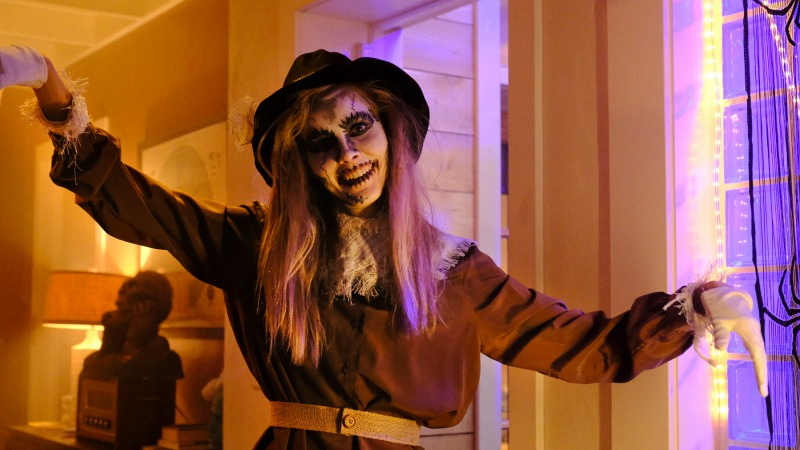 Is there anything that people tend to overlook that MUST be done from first to last when getting into costume and makeup?

First is to always double check the fit of the garment. When the costume doesn't fit by either being too small or too big, it tends to distract and take away rather than add to the story of your costume or character. The last step that is most often overlooked is in the details and making sure you didn't neglect the final touches. Always make sure to iron (or steam) out any unwanted wrinkles and double check and put consideration into your accessories! Accessories often make the costume feel complete! For MacGyver's "Zombie Wizard", I really paid close attention to finding the right accessories to make him truly transform into character. We played with several different pocket watches, suspenders, spats, and bow ties until we found the right one that really fit the character! 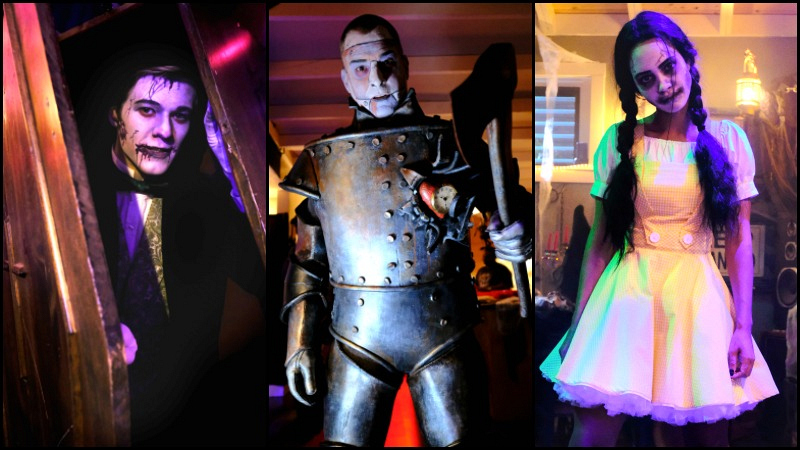 How did you decide which costume to use for each actor?

My entire team was SO excited when we got the word we were doing a Halloween episode! After reading our script, and receiving direction and feedback from [Executive Producer] Peter Lenkov, I collaborated with both my amazing team and our clearance (legal) department to see how far we could go in regards to a "Zombie Wizard of Oz" theme. To pay it safe, we actually made two versions of every costume so in the event that something wasn't cleared to use, we had a secondary version still in play. We added some fun details into each costume to really make each look unique such as such having Jack's heart exploding from his tin chest as the "Zombie Tin man" or my personal favorite, Riley's (Tristin Mays) custom made rhinestone studded Doc Martin boots for her "Zombie Dorothy"! We had such an incredible time making these costumes! I couldn't be more proud! 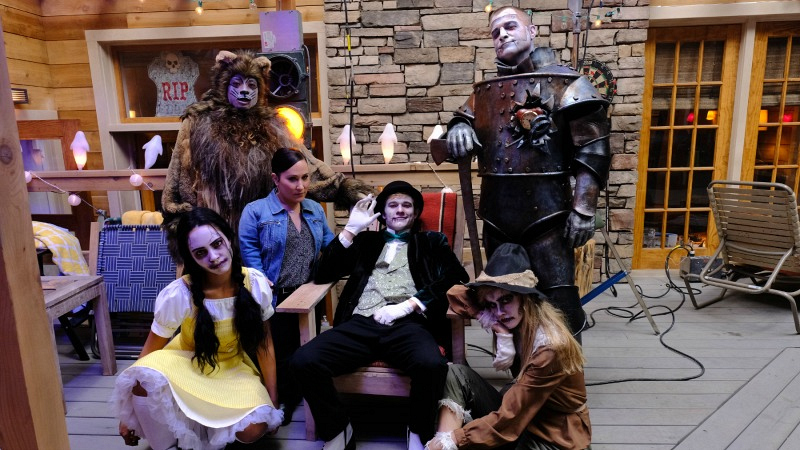 Watch all-new episodes of MacGyver on Fridays at 8/7c on CBS and CBS All Access.